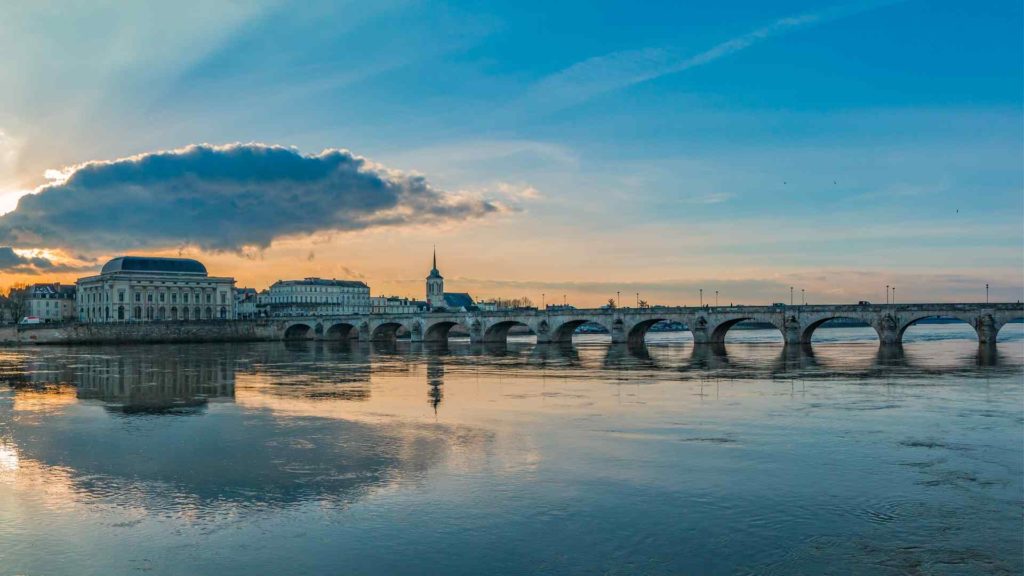 Among all the charm that Bordeaux has to offer, its bridges cannot be overlooked for any reason. Among all those that can be enjoyed, there are some that are more popular than others, such as the Bordeaux Stone Bridge. This is an obligatory stop on any itinerary.

Whether you are coming to the city for the first time or you already know the city, this is an attraction that allows you to enjoy a good view of the city. No matter the time of day, the scenery is more than adequate.

First of all, you should know that Bordeaux's Pont de Pierre is the oldest bridge in the city. It dates back to the beginning of the 19th century. Yes, it is a late building, especially if we bear in mind that this built locality has more than 2,000 years of history.

One explanation for this is that, during that time, the city of Bordeaux moved to the left bank. Before then, no attempt was made to cross the river, as one of the main characteristics of the Garonne is that it is wide and rather turbulent. This may have been one reason for delaying the construction of a bridge.

The stone bridge in Bordeaux was commissioned by the Emperor Napoleon I. On his way to Spain to fight the war, he noticed that his army was delayed by having to cross the tributary by ferry. The project was the work of the French architect Claude Deschamps, who destroyed it with brick and stone to make it much lighter.

The piles of the construction are supported by 220 piles in total. They are made of swollen spruce and lie at a depth of between eight and ten metres.

It was completed in 1821, although it was opened to traffic in 1822, just one year after Napoleon I's death. It is 486 metres long in total. Undoubtedly, the inauguration of the stone bridge allowed for the further growth and commercial development of Bordeaux.

The original construction had two Octroi buildings on the entrance side of the bridge. However, they were washed away by the river itself, so they were not included in the extension works carried out in 1954.
Today it is a toll bridge, so pedestrians must pay 5 cents, while a horse and rider must pay 35 cents.

Style of the Stone Bridge

The architectural style of the bridge has always retained its original style. It consists of 17 arches and this is not just a random number. In fact, it is the number of letters in Napoleon Bonaparte's name.

This construction is hollow, with proper galleries for its maintenance, as well as giving way to the nets.
The brick pillars are decorated with a white medallion that serves as a tribute to the emperor. Specifically, you can see three half moons that are intertwined and also represent the city's coat of arms.

In 2002 it was listed as a French Historical Monument. It is considered one of the main icons of the city of Bordeaux.

Reforms on the bridge

The Bordeaux stone bridge road has been widened several times. In 1924, its width was modified from 15 to 20 metres in total. This work in turn allowed the creation of four additional lanes, as well as pavements and bicycle paths.

However, over time, traffic has been decreasing. So much so, that since July 2018 it has been closed to vehicular traffic. It is only available to pedestrians, cyclists and the city's public transport (trams and buses).

In 2011, lighting columns were installed to restore its original charm.

How to get to the Stone Bridge

It is located on the Richelieu Quay, in the middle of the busy rue Sainte-Catherine. This is one of the liveliest streets to enjoy the city's nightlife.

To get to the Bordeaux stone bridge, you can walk from the city centre, which is relatively close. You can also take a bus and get off at the Quai Deschamps or Stalingrad stops, both within walking distance of the bridge.

There are also the trams. Almost all of their routes pass by this magnificent Bordeaux landmark.

What to see near the Pont du Pierre?

Among the most interesting places to enjoy in the vicinity of the Pont du Pierre are:
Porte de Bourgogne: Here you can get to know one of the ancient gateways to the city of Bordeaux.

Blue Lion: A modern statue that will impress you with its technique and original beauty.
Porte Cailhau: Built in 1495, this is another of the most famous and best preserved gateways to Bordeaux.

Discovering the Stone Bridge on a free Tour

Although Bordeaux is a city worth visiting on foot and through its picturesque streets, the option of a free tour is always convenient. Besides giving you the possibility of not spending money, it also allows you to get to know in depth details of this marvellous work.