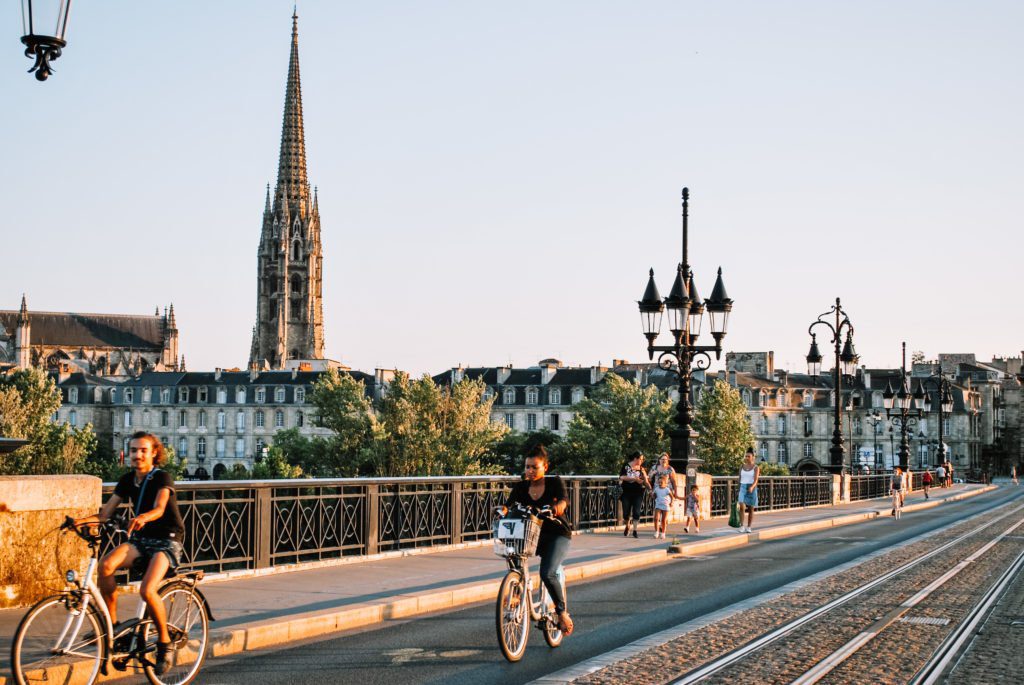 10 Bordeaux facts you may not have known

Whether you're visiting Bordeaux for the first time or a regular destination, Bordeaux is always charming and welcoming. It's ideal for a few days of relaxation, lots of wine and beautiful scenery.

And, like any other city with so many years of history, Bordeaux has a few interesting facts that you might not be aware of at first glance. Don't worry, here we are going to tell you a bit about them so that you can include it as your next destination on your bucket list.

10 things you should know about Bordeaux

It is interesting to know the curiosities of Bordeaux, many of them with many years of history and that have been maintained over time.

There may be many more, however, among the top 10 curiosities of Bordeaux, the following stand out:

To begin with, we are going to describe this place in a sentence that will make you fall in love with it right from the start: Bordeaux's shopping arcades were declared a historical monument in 1975.

These, with nearly two centuries of history and prominence in local commerce, are located at number 12 Rue Sainte-Catherine. This is considered to be the main shopping street.

In the first half of the 19th century, shopping arcades became very popular. This led to the initiative to build these two beautiful Galerie Bordelaise. It was four Mexican merchants who had gone into exile in the city who decided to take on this project. The architect Gabriel-Joseph Durand was in charge of the project.

It was opened to the public in 1834, with beautiful marble columns at the entrance. The interior is decorated with an iconography that shows a little about the abundance and commerce of Bordeaux's golden age.

The house of the caryatids

To sum up, these are some incredible Greek columns in a house dating from the 18th century. The truth is that this is a most original combination.

The three caryatids are at number 13 of Des Menuts street, showing off their splendour. Their function is to support the balcony of the building, as if it were a Greek temple itself. From the cornice of the building, we can also see some eagles that for some people remind us of Napoleon's Imperial France.

As is well known by all, in 1824 Goya left Spain as a result of the strong persecutions of the time against the liberals. Bordeaux was the city he chose for this exile. He devoted his last years to painting until he died four years after his arrival, on 16 April 1828.

The church of Notre Dame du Chapelet was chosen for the funeral of this genius of Spanish art.
Next to this church, it is possible to see the sculpture erected in honour of Goya. It was made by the sculptor Mariano Benlliure, the same sculptor who was in charge of the sculpture of the painter in front of the Prado Museum.

The spire of Saint Michel

A particular detail of the church of Saint Michel is that its bell tower is located in a separate building from the church. This is a characteristic also shared by Saint Andrew's Cathedral. It is 114 metres high and is the tallest building in the whole city of Bordeaux, visible from almost any point.

In Gothic style, it was built between 1472 and 1492 on what used to be a mass grave. Subsequently, in the 18th century, several bodies were exhumed and 70 of them were exposed in the crypt of the tower due to their mummified state. In 1990, the bodies were removed and buried in the Chartreuse cemetery.

This is considered to be one of the last examples of half-timbered houses to be found in Bordeaux.
You can see it on the corner of rue Pilet and avenue Victor Hugo. It has the typical half-timbering that resembles the shape of the St. Andrew's cross, one of the most famous crosses in Bordeaux.

Goddesses in the public garden

The Grand Théâtre de Bordeaux has twelve statues on its roof: the nine muses and the goddesses Juno, Venus and Minerva.

They were installed in 1780 as part of the decoration of the theatre. However, only three of the originals remain, the rest are copies. Three others were installed in the Bordeaux public garden. They are of Venus, Juno and the Muse Calliope.

Commissioned by Henry Frugés, a millionaire industrialist of the city, to be his residence. The architect Pierre Ferret was in charge of developing this project and was joined by the decorator Lucien Cazieux.
It took 14 years to complete the work, which mixes oriental and French styles. It is in Rue des Martyrs de la Résistance, specifically at number 63, characterised by a rotunda with a decorated frieze.

The house of Jeanne de Lartigue

It is not a house, but rather the remains of one. It is one of the oldest buildings in Bordeaux.
Here you will see two Gothic windows, the origin of which dates back to the 14th century when this fortified building was erected. In addition, at the end of the alley, you will find the mansion where the wife of the famous philosopher was born. The busts of the original owners of the mansion are also preserved.
If you want to see it, you must go to Rue Neuve, there. At number 15 there is a niche that leads to an alley.

As we have already told you, Francisco de Goya died in this city. He was buried in the Chartreuse cemetery in what was once the mausoleum of a family close to the artist. In 1899 his remains were taken to Madrid, although when the body was exhumed, the painter's head was missing.
Today, a cenotaph pays homage to Goya in the first place where his remains were laid to rest.

The first in Bordeaux to cross the Garonne, and it couldn't be more spectacular. The famous Pont de Pierre was ordered to be built by Napoleon I himself, when he noticed that his troops were taking a long time to cross the river as he passed through the city. It was built between 1810 and 1822, although Napoleon died a year before its inauguration.

Until 1965 it was the only one to cross the Garonne. Napoleon's legacy can be seen in the structure, as it has 17 arches, one for each letter of his name.

Discover the curiosities of Bordeaux on a Free Tour

Bordeaux is a fascinating city from any point of view and should be discovered by wandering through its streets. That's why having a local guide can make things much easier, and with the possibility of a free tour, things couldn't be better.

Especially because, as is the case with Bordeaux's curiosities, these are facts that are hard for tourists to find out. This is more a matter for the locals.